A performance of breathtaking range, from dazzling bravura to autumnal intimacy.

TICKETS STILL AVAILABLE AT THE DOOR

NewMusicWorks begins its 39th season with supreme guitar artistry. Swedish-born guitarist and composer, JOhANNeS möller is an international phenomenon, winner of innumerable prizes, though most notably First Place in the GFA International Competition in 2010.

Swedish-born guitarist and composer, Johannes Möller brings electrifying virtuosity and extraordinary worldliness to Santa Cruz! Chinese, North Indian, and Western music traditions are encompassed in a program of mercurial plucks, strums and drumming. A concert that encompasses musical styles and techniques of planetary scope. It will be a truly an Intimate evening, while also ranging in temperament from unheard of gentility to fearsome fortissimos.

Möller will perform new works of his own, including Night Flame, a North Indian-inspired work for guitar and tabla drums, featuring percussionist, Neel Agrawal. Adaptations of traditional Chinese music (Chinese Songs) and original works inspired by the genre (Moonlit Night on Spring River) will also be featured. The program will further include a piece for solo guitar that Kenny Hill composed in memory of his father, There and Gone.

Möller is an international phenomenon, a winner of innumerable prizes (including First Place in the GFA International Competition in 2010) but more importantly, a creator of glistening new guises for the guitar.

His recitals span tremendous range and remind us of how diverse the guitar can be. 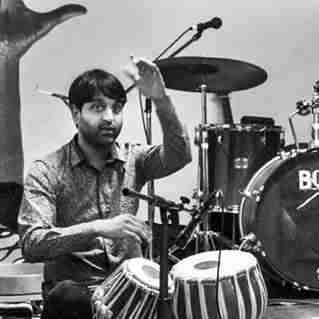